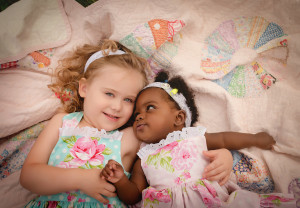 There have been quite a few high-profile celebrity adoptions, both domestic and international alike, that make headlines. However, there are also a few lesser-known adoptive parents in the entertainment industry that we’d like to highlight. These members of the adoption community might surprise you!

Sheryl Crow, a popular musician, adopted her two boys, Levi and Wyatt, in 2010 and 2007. A few years after finalizing Levi’s adoption, she decided to take some time off from her music career in order to spend more time at home with her family. She has recently returned to the music scene as her kids have gotten old enough to start school, but still plans on spending plenty of time together as a family.

Cate Blanchett is an award-winning actress, who along with her husband, playwright Andrew Upton, has three biological sons. The couple adopted their daughter Edith in February of 2015. Blanchett also chose to take some time off work, taking most of 2016 off from acting on the heels of an incredibly successful year in her career.

Renowned actress Diane Keaton waited until later in life to adopt her children, adopting her first child at age 50. She has a daughter, Dexter, and a son, Duke. The actress adopted as a single mother after not finding the right relationship for her, and has said publicly that she has no regrets about how she went about becoming a mother.

Mariska Hargitay, known for her work on Law & Order, and her husband Peter Hermann have one biological child and two adopted children. Before their first successful adoption, the couple had one adoption fall through when the birthmother changed her mind at the last minute. However, they got the call for their daughter, Amaya, not long after, which resulted in a joyful adoption of the baby girl. After Amaya’s adoption, the couple filed paperwork immediately for a second adoption, expecting it to take a year or more. Instead, they were chosen by a birthmother almost immediately, and as a result, have two children only six months apart in age.

Ty Burrell, of Modern Family fame, has two adopted daughters with his wife Holly, despite the couple originally not planning to have children. Frances Burrell was adopted in 2010, followed by her sister Greta in 2012. The actor has spoken openly of falling in love with his daughters and has enjoyed accepting more animation voiceover roles so they can enjoy his work.