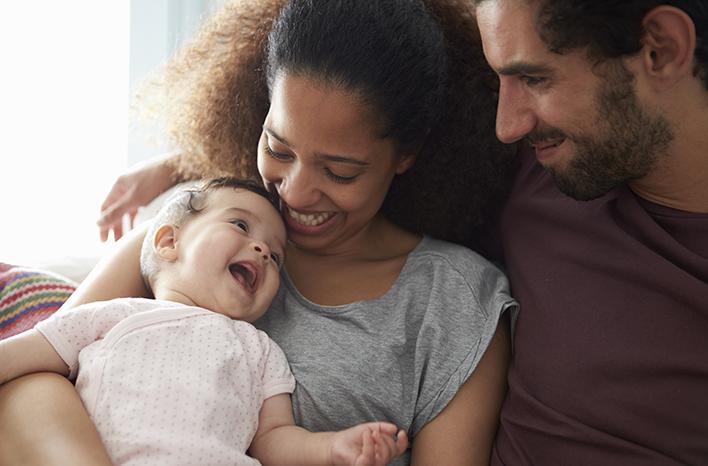 If you’re hoping to adopt a baby, one of the first steps is deciding whether to pursue international or domestic adoption. There are many benefits to both forms of adoption. Here we’ve outlined some of the differences between the two in hopes of helping you make an easier and more informed decision about which form of adoption is best for your family.

Many adoptive families think that international adoption costs a lot less than domestic adoption, but that is a common misconception. The reality is that the cost of each form of adoption can vary greatly from family to family and situation to situation. Sometimes one form costs significantly more than the other, and other times they are relatively similar in cost — it depends on many factors.

Both types of adoption come with their own unique costs. For example, in an international adoption, you’d be facing foreign travel and lodging expenses and the costs associated with a visa and immigration documents. In a domestic adoption, for example, you’d be facing expectant mother expenses as well as the costs of traveling and staying in the expectant mother’s state.

Keep in mind that these statistics are generally referring to adoption costs when working with a traditional adoption agency. Angel Adoption’s domestic adoption program is statistically found to cost more than $20,000 less than adoption agencies. So if you choose to work with Angel Adoption, you’ll be choosing one of the most affordable ways to adopt a baby.

In an international adoption, hopeful adoptive families are placed on a traditional waiting list, meaning you will start at the bottom of the list and rise to the top as children are adopted. The international adoption process is a little more structured and predictable than with a domestic adoption. Planned international adoptions rarely fail; however, laws may change, other social or political issues may arise, or a natural disaster could occur while you’re in the process of adopting, which may cause delays.

Age and Background of the Adopted Child

Domestic adoption is the only way to adopt a newborn baby. The baby will usually be able to go straight home with you from the hospital, thereby avoiding any intermediate foster care. In addition, you will likely have access to extensive information on the medical history of the expectant mother and sometimes the father as well.

In an international adoption, you will be adopting an older infant or a toddler. The child will have spent most, if not all, of his or her life in some sort of foster care or orphanage. You may be given medical reports on the child, but you would rarely receive any information about the medical history of the child’s family.

Many adoptive parents choose international adoption because they are worried the child’s birthparents might try to take back the adopted child after some time has passed. After a domestic adoption is finalized, the birthparents will have legally terminated all parental rights. The vast majority of domestic adoptions are not disrupted or revoked. Not only is it extremely rare for that to happen, it’s also usually the result of questionable legal practices.

Angel Adoption specializes in domestic newborn adoption. We work with adoptive families and expectant mothers across the United States. If you’re interested in achieving your dreams of parenthood through domestic adoption, contact us today!