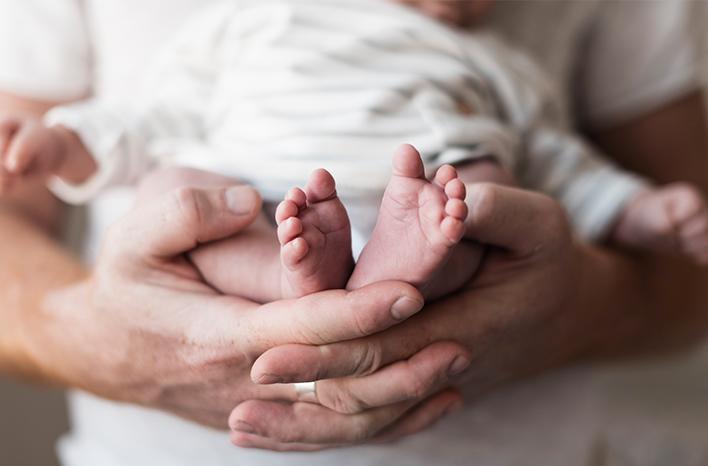 Little girls often engage in the pastime of pretending to be pregnant and caring for their dolls, but it would be a rare child indeed who would dress-rehearse infertility. Unless individuals have pre-existing medical problems, they usually assume they will easily conceive a child. Not only do they expect that starting a family will be easy, but many also utilize birth control methods to make certain a baby's arrival will be conveniently planned and timed. Thus, it comes as a shock for the one in every six couples diagnosed with infertility.

Infertility is defined as the inability to conceive after at least one year of regular, well-timed, unprotected intercourse, or the inability to carry pregnancies to a live birth. Most couples facing this issue seek medical advice, usually from an infertility specialist. While there was a time when adoption was the only option for an infertile couple, today there are a myriad of choices. Each individual differs in his or her willingness to undergo medical treatment and evaluation. There are many decisions to be made concerning medications, surgeries, and alternative reproductive procedures, and these decisions are influenced by financial, emotional, and religious factors.

Even though a significant portion of the population experiences infertility, couples who are in the throes of the problem often feel a sense of isolation. They sometimes experience their problem as unique, and feel as if the world is filled with a multitude of pregnant women and adorable babies. Isolation increases as avoidant behavior becomes more common. Individuals are frequently depressed and steer clear of as many situations as possible involving children. For this reason, it is often beneficial to pursue counseling or therapy. Support groups are especially effective in countering feelings of isolation and the notion of being the “only one with this problem."

No matter how excellent the communication between partners, even the strongest relationship will be tested by infertility and may benefit either from counseling or at least brief participation in a support group. Most individuals later report that their infertility crisis either pulled their relationship apart or significantly strengthened it. Infertility is rarely experienced as neutral.

Turning to Adoption After Infertility

During the course of infertility evaluation and treatment, one or both partners may begin to realize that medical treatments may not be successful and start exploring adoption. At the same time, some couples wonder if the fact that they first attempted to have a biological child means that they somehow devalue adoption. Here it’s important to distinguish the difference between viewing adoption as the “second choice” versus the “second best.” In the natural order of things, most people first attempt to have a biological child; yet, while adoption was not their first choice, this does not mean that it is not equally as good as their first choice. Through discussion, reading, seminars, and the like, couples often grow to view adoption as an ideal way to connect children who need homes with adults who long to be parents.

Although couples may begin to explore adoption during infertility treatment, they seldom initiate an adoption home study until they reach a logical break point in the medical treatment. Proceeding simultaneously on two tracks is difficult. The financial and emotional investments are substantial in both the medical and adoption routes, and some couples need time to grieve the loss of the potential biological child before changing courses. The fact that they choose to adopt does not mean that they will never again resume the biological quest or seek a more definitive diagnosis. Some may elect to do so if, for example, state-of-the-art treatment changes or if their emotional needs change. But starting a home study usually signifies that, for the present, they intend to devote their energies to the adoption process. At this juncture, it is common to hear couples experience a renewed sense of purpose and joy and express the view that they feel good for the first time in many months.

One often-debated issue is whether couples must have resolved their infertility before applying to adopt a baby. The implication in the word "resolved" is that the situation is settled and the feelings are laid to rest. Since society does not require parental-suitability assessments for biological parenting, prospective adoptive parents sometimes feel they have to prove themselves in a way that biological parents do not. While accepting this difference in the two routes to parenthood, some nonetheless become defensive and fearful of revealing important issues that could be addressed effectively in the home study. In front of the social worker, they do not want to parade what they fear might be viewed as weaknesses, including lingering feelings of sadness around infertility. While it is a normal human desire to want to make a favorable impression, it is also true that future problems may arise if all expressions of grief are internalized. Because of this, it is important to work with an adoption organization that is hospitable to honest expressions of feelings regarding infertility.

There are a number of strategies for dealing with feelings of loss and sadness. The first is to acknowledge the feelings as normal; you are not being disloyal to your adopted children, you are simply being human. When you understand and anticipate that you may be revisited by such feelings, then you are not surprised each time and feel more in control. Improved communication between partners is also crucial.

Here are some markers for adoptive parents to help stimulate further exploration and understand whether your infertility has been sufficiently resolved or worked through:

Perhaps no quote better captures the essence of dealing with infertility in a healthy manner than that of a participant in Barbara Eck Menning's classic study, Infertility, where infertility is poignantly personified as follows:

“My infertility resides in my heart as an old friend. I do not hear from it for weeks at a time, and then, a moment, a thought, a baby announcement, or some such thing, and I will feel the tug — maybe even be sad or shed a few tears. And I think, ‘There's my old friend.’ It will always be a part of me.”