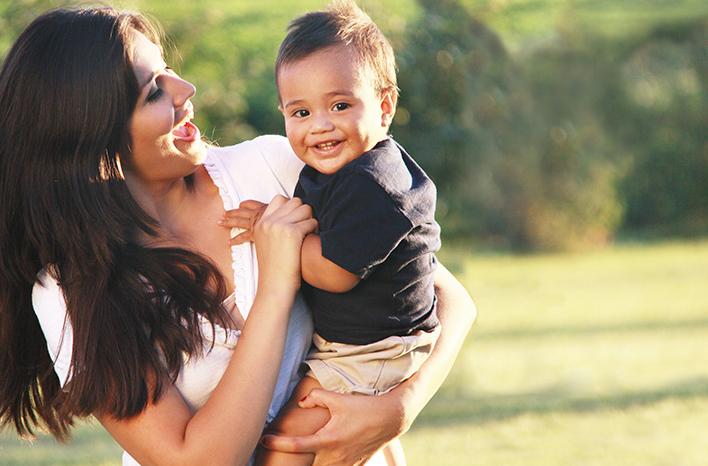 Years ago, if you had gone to an adoption agency as a single person and applied to adopt a baby, you would have been turned down. Unfortunately, it just wasn't done. In fact, there were even laws against single parent adoption in some states.

Today, thousands of children in the United States and other countries are living with single men and women who have chosen to become parents. In 2014, 29 percent of children adopted through a public agency were placed into single parent families.

The outlook for single parent adoption is very encouraging as it becomes more widely accepted. Studies have shown that children raised in single adoptive parent families do just as well as, if not better than, children adopted by couples.

The Traditional View of Parenting

Despite the greater acceptance of single parent adoption, the traditional view of parenting — that a child needs both a mother and a father for healthy growth and development — is still out there. Some may not understand why you would willingly assume the responsibility of raising a child alone. It may or may not be possible for you to convince them that you know what you are doing. If this happens to you, a single parent who experienced this situation has some advice to share: "Be strong! You can't let people around you tear you down. They may be negative. If this is your choice, then don't let people influence you. Wait until the child comes and you'll see how involved some of your friends will get!"

All parents need support, and for single parents, having a strong support system is even more critical. Think about your family and friends and consider who would be able and willing to help you and provide some relief from the constant role of a parent. For example, who could you trust to come over and help out when you or your child is sick, provide childcare assistance, pick up your child from school if you unexpectedly can’t, or even serve as your child’s guardian if needed? Even though you are a single parent, when armed with a solid support system, you won’t be raising your child alone.

As a single parent, you’ll likely be working in conjunction with raising your child. Consider your current work schedule as well as your future career goals. Does your employer offer a healthy work-life balance? What about health and/or adoption benefits? As a working single parent, think about how you will handle childcare while you’re at work, after-school care, medical care and emergencies, job-related travel, your child’s sporting events and activities, and other life events. Be sure you have a thorough plan in place for after you bring your new baby home and a general idea of what you’ll do as your child gets older.

With the availability of adoption subsidies in almost every state, the issue of personal finances has become less of an issue; however, it is important to ensure you’ll be able to financially support a child beyond the cost of adoption itself. The latest Expenditures on Children by Families Report from the USDA indicates the average cost of raising a child from birth to age 18 is about $245,000, which is roughly equivalent to about $13,600 a year. Use the USDA’s Cost of Raising a Child Calculator to get a more specific idea of how much it will cost you each year to raise a child based on personal factors like your income and location.

These issues may seem overwhelming, but the good news is that many single parents have had successful adoptions and gone on to raise totally healthy and happy children. It may be hard work, but most will agree that the difficulties that come along with raising a child as a single parent are far outweighed by the dream come true of welcoming a child into your home and the simple joy of being a parent.

Start Your Adoption Journey Today! As of January 26th we currently have 4 spots available!