Is Your Spouse Struggling with Adoption? 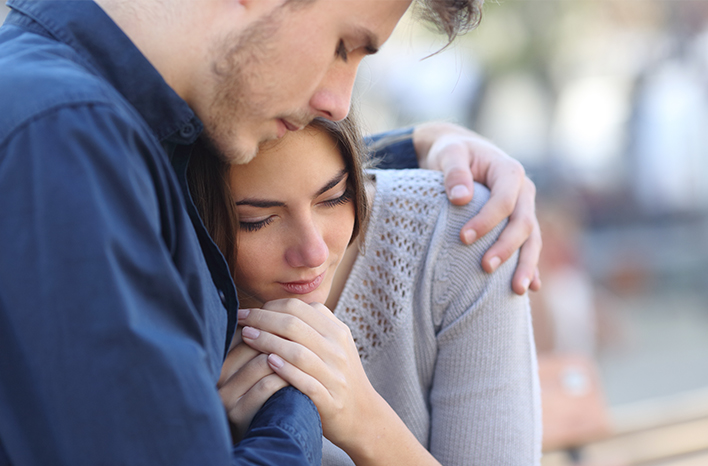 When couples decide to adopt a baby, there is often one partner who is gung ho about adopting while the other is less excited about the prospect. There are exceptions of course, but usually one person is more eager to adopt than his or her partner. In the article below, one of our adoptive parent coordinators shares her thoughts on this issue.

I often hear this phenomenon referred to as “reluctant spouse.” Judging by the adoptive parents we have worked with at Angel Adoption, however, I know we are really talking about a reluctant husband. I have worked with and personally know many adoptive mothers, and every single one of them wanted to adopt. Some of their husbands were supportive and others were reluctant, but it was always the wife who drove the adoption process, not the husband.

I have a hard time understanding a man’s reluctance toward adoption. Yes, I understand that adoption is expensive, but expense does not prevent couples from investing in a house or a nice car. Isn’t an investment in a child just as important, if not moreso? I also understand that many men have strong feelings about carrying on their family name, but won’t the family name still be lost if they do not have a child by any means?

There is also the hands-on parenting, which, in many families, is mostly the responsibility of the mother. I am not at all discounting the importance of fathers — I am just noting the amount of time an average mother invests into parenting versus that invested by an average father. There are certainly exceptions, but in most of the families that I know, the bulk of the parenting responsibility falls on the shoulders of the mother. This would lead me to expect the woman to be more reluctant than the man, not the other way around.

For couples struggling with infertility, women are the ones who give up experiencing pregnancy when they become mothers through adoption. Because many people consider pregnancy to be such an important part of being a woman, I would expect a woman to have more reason to want to continue trying to conceive rather than adopt.

An article by Jill Smolowe entitled “The Reluctant Spouse” sheds some light on this phenomenon:

Marriage counselors, adoption specialists, and social workers agree that when a couple is not in lockstep, it’s usually the wife who wants to proceed, and the husband who doesn’t. (Anecdotal evidence suggests that reluctant men are often ambivalent about adoption, but resistant women tend to be inflexible.)

So, if the wife is reluctant to adopt a baby, the couple probably never even starts down the adoption path, which skews the percentage of reluctant spouses, making them appear to be mostly men.

How to Help Ease a Spouse’s Reluctance

Whatever the reason behind your spouse’s reluctance to adopt a baby, it can be hard to handle. Smolowe’s article offers these tips for dealing with your reluctant spouse:

Start Your Adoption Journey Today! As of March 2nd we currently have 3 spots available!