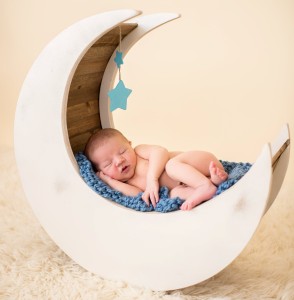 Celebrity adoption stories often serve as wonderful examples on the beauty and reality of adopting. While all families deserve the same level of privacy, celebrities who have come forward to speak specifically about adoption offer inspiration for many who are considering starting the process themselves.

Recently, celebrity trainer Jillian Michaels and her partner Heidi Rhodes have spoken about their own personal adoption journey, underlining the joy, triumph, and tribulations that still exist – especially for LGBTQ parents.

As with so many adoptive parents, Jillian and Heidi experienced their share of discouragement during the process. They had visited orphanages in Haiti where they met a little girl who stole their hearts. At this point, they had sent in all of their paperwork, but were caught in a frustrating limbo and the wait began to eat away at their hope. The emotions she expressed to Access Hollywood are all too familiar for so many parents playing the same waiting game. “So if it falls apart, you’ll know why I’m like, devastated and not coming out of my house for months,” Jillian explained. Fearing adoption failure, they began to explore other avenues to parenthood.
The day they discovered that Heidi was pregnant, they were informed that they had been connected with the little girl they fell in love with. Once the connection was confirmed, they knew it could take as long as a year to fly her home, but they had no idea just how coincidental the timing would actually be.

In a twist of incredible irony, their son Pheonix was born a mere 72 hours before Jillian had to get on a flight to Haiti to bring home their daughter, Lukensia. In a matter of days they had not one, but two beautiful blessings in their lives. With all the love and excitement, Jillian has made it clear that even a celebrity adoption story can be more reality than fairytale.
“Let’s not sugarcoat this: It was really, really hard. … My life had become so centered around the kids that I felt like a part of me had died. I’m not woman enough for this, I thought. I’d imagined that I’d be so drunk with love that everything else would fall by the wayside, but that wasn’t the case. It left me feeling guilty, scared, and confused,” she wrote in her article for Parenting magazine.

A Happy Ending and Hope for the Future

Both Jillian and Heidi were just taking that frightening crash-course in parenting that all new parents go through. They are settled in beautifully and are basking in the joy of their new family.
“I didn’t know it then, but I was learning that parenthood is the great equalizer,” Jillian explained.  “Everyone starts as a beginner and improves with time (even life coaches!). I have accepted that a part of me had died, but another part of me was being born. My kids are remaking me into a stronger, more selfless woman—a woman I can be proud of. I may not be the best mom in the world, but today everyone in our house is smiling more than we’re crying. For some, that’s just good enough. To me, it’s a huge success.”
Jillian and Heidi have become celebrity advocates for LGBTQ adoption in their own way. She recently told E! News about the tremendous prejudice they have seen, noting that only 14 states allowed LGBTQ couples to adopt until very recently.
“At this point now it is legal in all states of America,” she added. “I think love wins once again.”
Their celebrity adoption story illustrates this wonderfully.

Take the first step by filling out our free adoption application. As of December 4th we currently have 2 spots available!

Complete our free adoption application. As of December 4th we currently have 2 spots available!