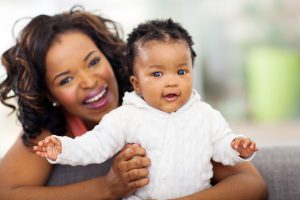 Many people think that adopting a child in the United States is incredibly difficult, which has led to a focus on international adoption in recent years. While there can be some setbacks and difficulties in any adoption story, in many cases the process is smooth and simple.

Domestic Ease
While the cost of international adoption is almost always high due to travel costs, one of the myths of domestic adoption is that it always costs tens of thousands of dollars. This is not actually the case; The cost of the adoption depends heavily on how long it takes, the medical care needed by the birthmother, and the resources you use during the adoption process. The average cost of a domestic adoption is in fact much less than that of an international adoption.
Another fear that many adoptive parents have about domestic adoption is that it takes a long time. Of course, some do; sometimes it just takes a while to find the right fit for your family. However, in many cases an adoption can take less than a year from start to finish.
Domestic Adoption Frequency
While there has been a drop in domestic adoption in the past 35 years, it is in no way dying out. The truth is there are about 18,000 non-related domestic adoptions every year in the United States, a high number that surprises many people. The drop in domestic adoptions actually corresponds less with a drop in demand or a stigma associated with it, and more with the lessened stigma associated with single motherhood.
Adoption Transparency
Another myth regarding adoption in the United States is that it is a closed, secretive process. While there are still some closed adoptions, the grand majority of domestic adoptions are actually open adoptions, meaning birthmothers keep some level of contact with the adoptive family. This means that the child may, if they choose, get to know their birth family later in life, getting rid of those stereotypical searches for family.
Open adoptions have lead to the myth that birthmothers often change their minds at the last moment. The truth is, this is incredibly rare. Birthmothers give their decision to place their child for adoption plenty of thought, and by the time they give birth they have chosen a family that’s the best fit. Communication and open adoptions give birthmothers more confidence in their decision, leading to thousands of happy endings for both adoptees and adoptive parents every year.

Take the first step by filling out our free adoption application. As of December 8th we currently have 2 spots available!

Complete our free adoption application. As of December 8th we currently have 2 spots available!

Start Your Adoption Journey Today! As of December 8th we currently have 2 spots available!