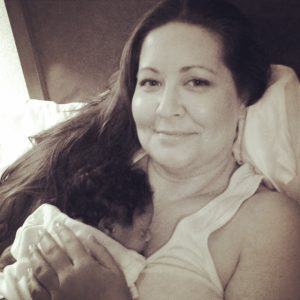 Depression can be absolutely debilitating. There are many different types of depression, and post-partum depression is one very prevalent form that has only recently been given the attention it deserves. Post-partum depression can affect any birthmom up to 12 months after giving birth, regardless of whether they have experienced prior depression in their lifetime. It is critical to understand this disease to be better equipped in treating it.

Many people have heard of the “baby blues,” which typically lasts just a few days or weeks after birth. Post-partum depression can surface within this same time frame, but often lasts much longer. Baby blues is a more subtle, benign reaction to the emotional shock of becoming a parent. Post-partum depression is thought to be caused by a combination of hormone changes, sleep deprivation, and an involuntary stress response to the sudden, traumatic life change. It can be characterized by any number of symptoms, including irritability, anxiety, mood swings, persistent crying spells, changes in sleeping habits or appetite, and withdrawal from friends and family. In some cases, women can have thoughts of harming themselves or the baby.

Who is at Risk

What You Can Do

If you or someone you know is experiencing symptoms of post-partum depression, seek professional help. Women don’t speak about their struggle nearly enough and there is no reason to suffer alone. Birthmoms may even feel added pressure to ‘tough it out’ and are less likely to say anything. It can be overwhelming to manage the complex feelings of placing the child with adoptive parents, making it harder to recognize the signs of post-partum depression. If it is left untreated, it can last for months and may escalate dangerously. Changes in diet, exercise, sleep, counseling or medication can be a tremendous help in easing post-partum depression. Relief might not be immediate. Trust your doctor and be patient in finding the right method to combat your depression.