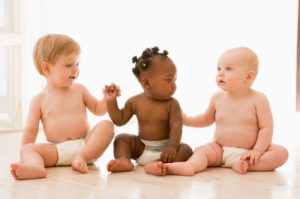 Transracial adoption is becoming more common. While adopting a child from a different racial background from yours comes with several challenges, there are also many amazing benefits. Below, we’ll talk about five of those benefits, both for the child and the adoptive parents.
Increased Racial Awareness
When a child grows up in a multicultural family, they have the opportunity to be introduced to the concept of diversity at a much earlier age than other children might be. This opens the door to conversations about race and identity between parents and their children. It also helps prevent children from buying into racial stereotypes and biases to the same degree that they might in a family whose members are all from the same race, who don’t discuss multicultures.
Embracing Other Cultures
As a parent of a transracial child, it’s important to be willing to embrace and celebrate the child’s ethnic heritage. Through this, the parents and the children both get exposed to other cultures every day and begin to understand that difference is something that should be accepted and promoted, not hidden away.
Breaking Down Stereotypes
Unfortunately, though the stigma surrounding transracial adoption or multicultural families is beginning to lessen in general, it definitely still exists. When people see a transracial family, they’ll react in many different ways, from acceptance, which is the goal, to saying derogatory comments or asking ignorant questions.
These sorts of encounters will happen, but they can be learning experiences for the child, the adoptive parents, and the people around them. Transracial families learn to stand up for themselves and to break down biases that other people might have about them. These types of polite but confident interactions often force others to reflect on their own preconceived notions about race and ethnicity, which helps to make everyone more racially aware and accepting.
Confidence in Identity
Though most children go through a period of self-discovery, particularly during the teenage years, transracial adoptees tend to be more confident in their identity earlier on. This is because they are introduced to the concept of diversity from a very early age. They learn about what makes them different from others around them and, if conversations about identity and race are handled well, come out of the experience more confident in who they are.
This is why it’s so important that children meet all different kinds of people, both from their own race and from different backgrounds. Growing up surrounded by many different kinds of people will help them learn not only to accept themselves but to be accepting of others as well.
You Won’t Have to Wait as Long for Your Baby
In addition to all the other wonderful benefits of adopting transracial children, there’s also another, smaller one, but one that shouldn’t be ignored: wait times. The adoption process is notoriously long and stressful regardless of whether you’re adopting transracially, but if you’re set on getting a child from the same background as you, you’ll probably have to wait a lot longer. This occurs because there are far more children in need of adoption who are from a different race than you than there are from your own race. You should consider all your options and make the best choice for you and your family.