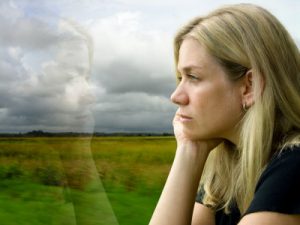 Meeting your birth child is always likely to be an emotional experience, even if you just gave birth to them a few months ago. It can be even more stressful if it has been years since you last saw them. Regardless of the time that has passed, we’re here to help you navigate that meeting.

What to Expect: Age and General Concerns

Meeting a 3 year old versus a 30 year old will bring different scenarios, so consider the age of your birth child when managing your expectations. A very young child under the age of 6, for example, will be accompanied by the adoptive parents/guardians, and you might find yourself spending the majority of the time speaking with them. Each child is an individual, so it’s important not to expect them to act a certain way toward you because you are one of their birth parents. Some might be shy and even avoid eye contact, not because they dislike or resent you, but because they are nervous meeting new people. Other children might want to talk to you the entire time. Remember that even if your birth child had been raised by you, his or her personality would still develop into something uniquely their own.
Older children or adolescents will also likely be accompanied by their adoptive families during meetings, but they might ask more questions than when they were younger. Be sure to be honest, but mindful of how you say things. For example: a mother might give her child up for adoption due to being too young, drug addiction, or even assault. If a child was born in a particularly negative situation, it wouldn’t be a good idea to say this matter of factly to a 10 year old. Instead, it might be better to say something like “it was a bad time and not safe for you at home” or something similar, and full disclosure can occur when the child is older, should you maintain communication with them.
Meeting your adult child is an entirely different experience. Often, this child is living on their own and establishing a life outside their adoptive families. Once again, it’s important to remember he or she is an individual, and don’t walk into a meeting expecting them to be just like you at their age, or just like the adoptive parents.
Overall, it’s important to respect your birth child and accept them for who they are. Don’t attempt to change them or push interactions that aren’t wanted (for example, repeatedly trying to talk to a child who appears distressed and is ignoring you). Furthermore, don’t attempt to make up for “lost” time by trying to visit with them every other day or calling/texting/emailing daily, unless of course the child reaches out first. It’s better to let them come to you and build a relationship slowly than try to force one.
Don’t expect, regardless of how old the child is, an immediate bond to form due to you being their birth parent. You might feel an instant connection, and even find it hard to leave, but the child might not. It can be an emotionally draining moment for both parent and child, and it’s crucial to keep this in mind.