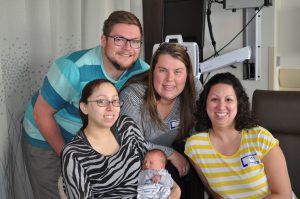 There are concerns that meeting the adoptive parents before the child is born can intentionally or unintentionally manipulate birth parents into choosing adoption.
At times a relationship between adoptive parents and a birth mother can feel coercive and make the birth mother feel as though she does not have the freedom to change her mind about choosing adoption for her child.
Birth parents need to be educated about the risks involved with developing a relationship with adoptive parents, so they understand they might feel coerced or obligated to not change their mind.

Best Practices for a Relationship Between Adoptive Parents and Expectant Parents