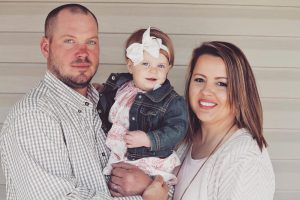 Have you thought about the moment you are connected with a birthmother? If you have thought about that meeting you might want to consider having a plan to decrease the nervousness that you can sometimes feel.  A lot depends on whether you’ll understand each other. So here’s what you should take into account to make sure it’s a positive experience for both of you!
1. The birthmother might be feeling insecure…
You’ll be feeling a lot of things, some of which will be positive, and some negative. And that’s perfectly okay, but you’ll need to take into account that the other side might be feeling overwhelmed just as much as the other. Even more so, the birthmother might be troubled with her own insecurities. These include worrying about whether she’s doing the right thing, whether you’ll ask unpleasant questions and whether she’ll be able to tell what kind of parents you’ll make.
2. It might be hard for the birthmother to talk about her experience.
Birthmother might have trouble engaging in a regular conversation with new people. You might feel her reluctance in opening up to you. This is no cause to worry, since it doesn’t mean your encounter will necessarily go wrong. There are sometimes painful emotions that women can feel even though they know adoption is the right choice for their family. If you sense guardedness it might be just refraining from being overwhelmed by personal emotions and that is okay. Just try to empathize as much as possible and respect whatever feelings your birthmother has.
3. You might not have much to talk about.
When you think about it, meeting the birthmother isn’t your typical social situation. The only subject you know you have in common from the initial meeting is the baby the birthmother’s carrying. As a result, the conversation might feel strained, at least at first.
4. You might not be a connection.
In some situations in spite of the impression you try to make it might not be a complete connection. If that is the case, though disappointing, know there will be hope for the right connection eventually, and respect that the birthmother has her own discretion with her adoption process as well.
What to do to make sure the encounter goes well…