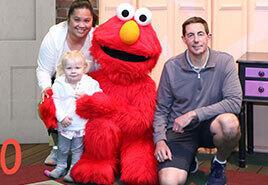 After we moved and settled down in Florida, we took a year off to recuperate and simply concentrate on our lives. By the end of the year, we felt ready to continue to look for other means of expanding our family. This was when we researched domestic adoption and found Angel.

With Angel, we really liked how they didn’t have any restrictions as far as the kind of family they wanted to work with. They were open-minded and wanted to help families succeed. We also liked their financial plan, the pay-as-you-go option. This allowed us to start the adoption process rather than waiting to save up money after we moved.

Our family and friends were really excited for us when we started our adoption process. They helped us with our home study and made us hopeful we would become parents.

The Connections That Didn’t Last

Our first connections before meeting our daughter’s birthmother all ended in disappointments, but we had some good learning experiences overall.

There was an expectant mother whom we first connected with, and we thought the conversations went well. We planned scheduled calls, but she ghosted us. It turned out she decided to not go through with adoption. Several months later, I contacted her again just to find out how it all went with her pregnancy. She confessed the baby was miscarried, and we grieved together over the phone. Since then, she had another child, and that child stayed within her family. We wished her well and have communicated every now and then via text.

Our second connection was not as great. The expectant mother preferred to communicate via email. Our initial communication seemed genuine, but slowly we saw the things she was saying didn’t add up. As we asked for more detailed information, she ended up stopping the communication with us. We were glad because we didn’t think it was going to work out.

Through it all, the emotional bumps were the hardest to overcome, but we are so glad we were in it as a team. We communicated a lot and supported each other. We didn’t stop our lives. We scheduled outings, played sports, and entertained family and friends.

In retrospect, going through the foster process allowed us to truly self-assess what we could handle. It also allowed us to work out our emotions. Instead of leading with our hearts in our adoption process, we led with both our hearts and our minds. We set practical expectations for ourselves because we knew adoption is a lifelong commitment to a child. At times, we would rather say no than commit to taking on responsibilities we were not equipped or educated to handle.

In the end, we connected with a birthmother with only one month left on our contract with Angel. She preferred to communicate via text, and that had us a little nervous. We wanted to make a good impression, and that is sometimes hard to do over text. She stated the baby was due in two weeks, and after a few hours of texting, she said she felt strongly about proceeding with us. We were so happy and started preparing to travel the following week in hopes of being there for the birth.

Six hours later, she texted she was going into labor. We packed our bags and flew there on the next available flight. We were nervous and anxious. We were truly flying into the unknown and had no idea what to expect.

When we arrived, we could not go into the delivery room because she had taken so long into her pregnancy to decide and didn’t have an in-state case worker. Angel helped her find one on the same day as they jumped into action over the weekend. Her case worker expedited the paperwork, and we only had to wait one day before meeting our daughter.

When we finally got to the hospital and saw our baby, it was love at first sight. We still pinch ourselves when we remember that moment. There are no words to describe the feeling; it felt like we were dreaming.

Be Prepared for the Unexpected

The truth about adoption is, you never know how things will go. We had success when we kept an open mind and truly tried to connect with a birthmother and understand her situation. We were also proactive in seeking information and handling issues. Our profile received good reviews from our daughter’s birthmother. She said we looked like “real” people and had personalities she could relate to. Show your fun side, show your silly side, and show off your personalities. Birthmothers really want to know the real you.