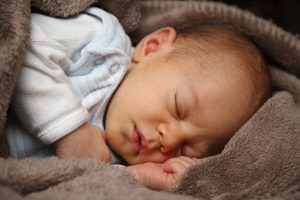 Now that you are starting the adoption process, there are several things to consider. Birthmothers choose the kind of adoption they want, whether it is open adoption, semi-open adoption, or closed adoption. While you might prefer one adoption type over another, you should keep an open mind in case the birthmother who chooses you wants to go with a different kind of adoption. Here are some details about the different kinds of adoption, so you can make informed decisions.

As the most widely practice adoption style in the United States, an open adoption means that identifying information is shared, including phone numbers, names, and email addresses. After the adoption process is finalized, the adoption could have different degrees of openness. Often, this includes exchanging letters, email messages, photos, and phone calls even after the adoption is finalized.
In some fully open adoptions, extended family members such as siblings and birth grandparents are included in the correspondence. The birthparents and adoptive parents need to have the same understanding of what the “open” adoption means and stay committed to the child’s needs throughout the years.

This kind of adoption includes the sharing of non-identifying information between the birthmother and the adoptive family. This includes the exchange of letters, emails, and photos either directly or via a third party. Sometimes pre-birth face-to-face meetings between the birthparents and adoptive parents might take place.
The birthparents and adoptive parents might spend time together at the hospital at the time of the child’s birth. Usually, there is no visitation after the child has been placed with the adoptive parents. The children usually don’t have any direct contact with the birthparents. Once a child reaches the age of majority, he or she can have the option of being put into contact with his or her biological family. The semi-open adoption usually provides some basic information that can help throughout the search process.

Not to be confused with an adoption with sealed records, a closed adoption doesn’t involve a meeting between the birthmother and the adoptive family at all. Throughout the process and even afterward, they know very little about one another. This term is usually used for post-adoption contact. The records are sealed regarding the adoption process after the child has been placed and the adoption is finalized.

The closed or open adoption agreements that are made between the adoptive parents and birthparents are only in force until the time that the child reaches the legal age in his or her state and can make decisions for themselves. If you are deciding between an open and a closed adoption, you should think about the entire process, from the birthmother’s pregnancy all the way through the child growing to adulthood.
In recent years, open adoption has become a trend. If you don’t want an open adoption, think about why you don’t want an open adoption and then reconsider, as it is generally considered the healthiest option for the child, and can also improve your chances of connecting with a birthmother.