How To Raise an Adopted Child 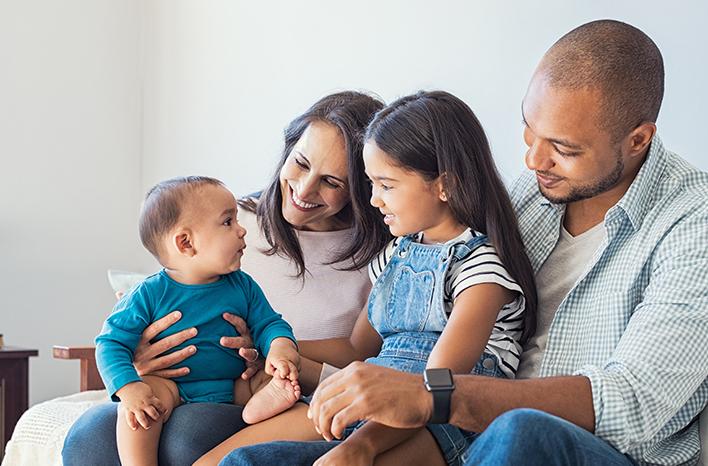 For the most part, raising an adopted child is no different from raising a biological child. There are a few differences, especially when it comes to communicating with your child and allowing your child to establish his or her identity as an individual and as someone who was adopted.

During the first several years of a child's life, attachment with his or her parents is the most important issue. For adopted newborns, the relationship with their parents is not much different than a biological baby's would be. Most babies develop an attachment to their adoptive parents just as they would have to their birthparents.

The differences between biological and adopted newborns are evident mostly in the adoptive parents’ feelings and behaviors. When dealing with the ordinary issues all parents of newborns face, such as colic and fussiness, adoptive parents often worry their instincts aren't working right or that they would know what to do if they were the biological parents. They also might wonder if their adopted infant is experiencing adoption-related attachment issues. For example, "Is there something wrong because my 16-month-old will not allow me to leave the room without screaming?" The answer is, "No, this is normal for children this age."

To avoid doubting their parenting abilities and continue forming a healthy bond, it's important for parents who adopt newborns to understand the normal developmental milestones and stages all babies go through. Parenting a child from birth to about the age of three is essentially the same no matter how the child joins the family.

Talking to Your Child About Adoption

Children understand adoption differently as they grow. Most children aren’t able to grasp the concept until around age five or six. If they’re prepared, they won’t be as shocked when they finally do understand.

As they grow up, even children who were adopted at birth will have thoughts and questions about adoption and their birth parents. The key is to be ready for the questions. Talk openly with your child about his or her feelings, especially any feelings of loss or difference. It is important to not feel threatened or get defensive about what your child is feeling. This is just part of growing up and understanding what it means to be adopted.

Growing Up Adopted and Becoming Independent

As adopted teenagers discover their own sense of unique identity and develop the strength to move away from their families, a strong sense of attachment will help them become more independent. The strength of the bond with their parents is the foundation of their ability to move forward in their lives knowing there is a safe and secure place to return to.

Adoptive parents sometimes respond with resistance when their child expresses a need for independence. This kind of resistance only makes the need to break free more critical, and it can lead to parent-teenager conflicts. During this time, adoptive parents need to stay strong and take comfort knowing that what has made them a family all along — the quality of their relationship and the security and attachment they have built — will withstand separation.