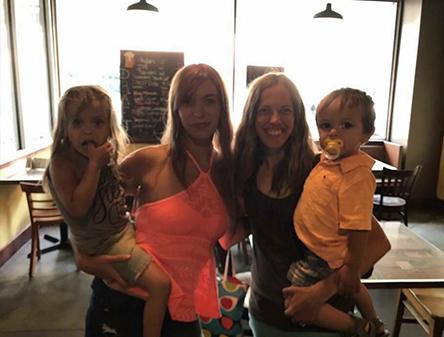 Hi expectant mothers and birthmothers, my name is Mary and I want to tell you my story of how I became pregnant, chose adoption, and have now since learned how to deal with everything following the termination of my rights.

Option 1: I could keep my little baby and try my best to support both my children, which meant probably hardly ever seeing them. Option 2: I could place my little baby for adoption and let him have a life I could only dream about giving him. I don’t believe in abortion, so these were my only two options. It took me two or three months before I started to look for different adoption agencies. When I found Angel Adoption and they sent me their information packet, I finally knew what I needed to do. I was about halfway through my pregnancy when I started looking for a couple. I finally got in contact with the couple I ended up choosing to be my son’s family. The family I chose was a very sweet, loving, and kind family. They never imagined they would be receiving a call and finding out they were about to have a son.

Angel Adoption helped me choose adoption by sending me their information packet and being there whenever I needed to ask a question. I called several times and no matter what question I asked they were always willing and caring. If I called crying and in tears, they would still be kind and courteous and just listen to what I would say and then talk to me as I was someone they had always known.

I had so many concerns when choosing adoption, but my biggest fear was choosing adoption and when the baby was born, not wanting to place him and breaking the adoptive family’s heart. The fear I had was unbearable. How could I deal with depression, how could I place the baby... All these questions were running through my head constantly. Thank you to both Angel Adoption and the adoptive family for supporting me through it all. Anytime I had a fear or I needed to ask a question, they were always there. No matter how late at night, no matter how early in the morning, I would always feel more secure in my choice.

The adoptive family I chose was everything I was looking for in a family. I wanted an open adoption and they were willing to give me that. I wanted a family full of love and support, and I wanted them to have a support system for when the baby could go home with them. They had everything they needed for him and a whole family to help them if they needed it. They always send me updates and I look forward to getting on Facebook and seeing all the pictures of their little boy. I was right in my choice of adoption, and seeing the family with my little boy is proof that my choice was right.

My thoughts and emotions ranged from every emotion in the book. I couldn’t imagine what any birthmother went through before I chose adoption. Now being a birthmother myself, I know it is the hardest decision of any mother’s life, especially if they are alone in the process. My son’s birthfather wanted nothing to do with anything involving my son or me. After I gave birth and I heard my son’s cry, I started crying. It hurt so much knowing he wasn’t mine anymore. I fell into a pretty bad depression, which thankfully with the help of my parents, the adoptive family, and Angel Adoption, everything got better. I’m not saying the pain isn’t still there, it will always be there, but it gets easier over time. It’s been two years since I gave birth to him, and it gets easier except for holidays and his birthday. I still feel upset around those times a lot more than a normal day. I miss him every day, just more around those times.

To all birthmothers, don’t ever let anyone force you to do something you don’t want to do. If you’re not comfortable with choosing for yourself, then talk to someone, but don’t let them make your mind up for you. Take all the time you need to make a decision. Don’t just choose because you feel you have to, make the decision because you want to. When choosing a family, take your time and get to know them, don’t force it. For me, I found my family after just speaking to them a few weeks. Don’t make the decision based on you thinking they have money, do it because they show you and the unborn child love, and that it’s a right fit. 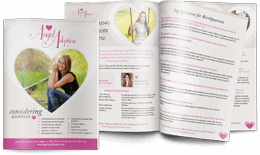